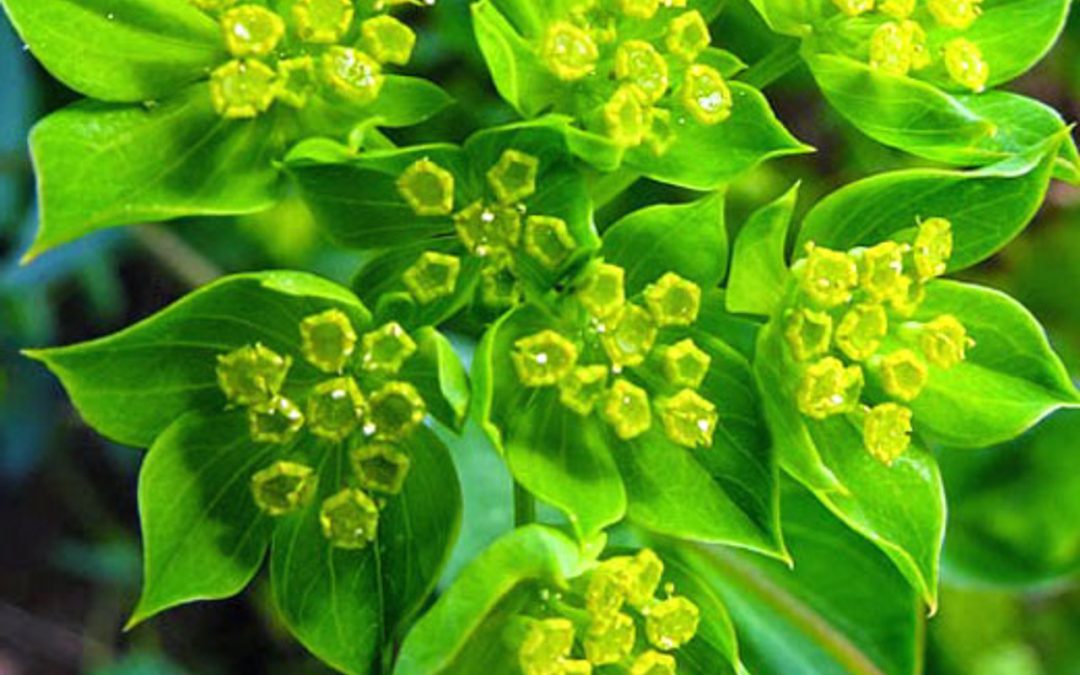 Bupleurum root has a long history of use in many parts of Asia, including China, where it is known as Chai-Hu; Japan (called Saiko); and Korea. There are 74 compounds that have been isolated from Bupleurum, of which the saikosaponins show much promise as a medicinal. This active principal offers anti-tumor and anti-proliferative properties, such as promoting the induction of apoptosis, which in cancer treatment is the elimination of cells which may potenenially contain mutations.

Bupleurum is an annual of the Parsley family and is native to eastern Asia. It is considered to be a remedy of great importance. According to Traditional Chinese Medicine, it is the King of the regulatory herbs; this means that it is not an everyday tonic, but used for specific conditions. Bupleurum is used to help circulate qi or vital force, clear heat from the liver, and promote yang (active, expansive, masculine principal energy).

Like many herbs in the TCM repertory, Chai-Hu is seldom used alone; it is almost always combined with other herbs, particularly Chinese or Baikal Skullcap (Scutellaria baicalensis). This synergistic combination is greater than the sum of its parts and has been shown to penetrate the liver itself more effectively with less disturbance of surrounding tissue. This combination is taken to reduce toxic accumulation of heavy metals in the liver including vanadium, manganese, iron and arsenic, while allowing for an increase of selenium which inhibits adipocyte hypertrophy (dysfunctional adipose tissue and obesity) and abdominal fat accumulation; selenium also provides anti-oxidant activity. In addition, the use of Bupleurum-Skullcap supports the concept of The Three Treasures, which are thus: Jing or primal life essence; Qi, the vital force activity of a human being; and Shen, mental power and spiritual awareness.

Another TCM remedy that combines Bupleurum with Panax Ginseng and Licorice root is used to enhance adrenal function.

Traditionally used for the treatment of colds, fever, digestive issues, and chronic liver disorder, Bupleurum is considered to be both anti-bacterial and anti-viral. It has been used to treat the symptoms associated with the common cold; influenza (including influenza A [H1N1]pdm09 virus, or Swine Flu); bronchitis and pneumonia. It inhibits gram-positive and, to a lesser but still observable degree, gram-negative bacteria. It is known to be active against the Trypanosoma brucei parasite, which causes sleeping sickness in humans, a vector-borne disease spread by the tsetse fly of sub-Saharan Africa.

As an anti-inflammatory, it is of possible benefit for allergic asthma response. The root of Saiko can increase lymphatic activity by offering cytokine support (protein-based messenger cells), which in turn targets inflammatory conditions. The anti-inflammatory properties of Bupleurum have been observed both in vitro and in vivo, inducing inflammatory exudation, capillary permeability, and connective tissue hyperplasia, while tempering allergic inflammation.

Bupleurum root is used to treat inflammatory conditions including chronic liver disease such as hepatitis and cirrhosis, and may even improve liver pathology. However, depending on dosage and duration, Bupleurum may also cause liver damage if it is not monitored. There are also some specific pharmaceutical-bupleurum interactions that must be considered, therefore anyone on prescribed enzyme therapy should consult with their physician/herbalist before using bupleurum. Neither should it be used during pregnancy or nursing. This herbal tincture is available through our Apothecary by contacting us at wildnweedy@frontier.com. Pricing and shipping will be calculated at time of purchase.