Cryptolepis back in stock

Since we cannot possibly do all this research on our own, we offer you the following excerpts for you to consider, and follow down on your own to learn more about the properties of this herb of Africa, one of many roots used in traditional treatments.

Citing a segment of research from the following (including paragraph breaks added for easier reading):

Toxicology data suggests that Cryptolepis sanguinolenta is generally safe at doses under 500 mg/kg of body weight (Osafo et al., 2017), however further studies are needed to evaluate concerns regarding potential anti-fertility and embryotoxic effects (Ajayi and Akhigbe, 2012; Mensah et al., 2019). Recently, Batiha et al. demonstrated that cryptolepine exhibited significant activity against multiple Babesia spp. in vitro and inhibited B. microti in mice at a dose of 5 mg/kg (Batiha et al., 2020b). To the best of our knowledge no study has reported the in vitro or in vivo treatment efficacy of whole herb Cryptolepis sanguinolenta, against Babesia spp. Among the panel of natural product extracts tested in this study, we found Cryptolepis sanguinolenta extract had the strongest inhibitory activity against B. duncani in vitro and no regrowth was visible after 6 days of subculture at doses of 2×, 4×, and 8× IC50 values. We further confirmed that cryptolepine is one important active constituent with a nearly three-fold lower IC50 value against B. duncani than quinine, and ten-fold lower than clindamycin. Importantly, the non-viability of B. duncani treated with cryptolepine at a concentration as low as 1× IC50 value (3.4 µM; Figure 4G) further suggests that cryptolepine may be a promising compound to treat human babesiosis. Further studies are needed to confirm this.” 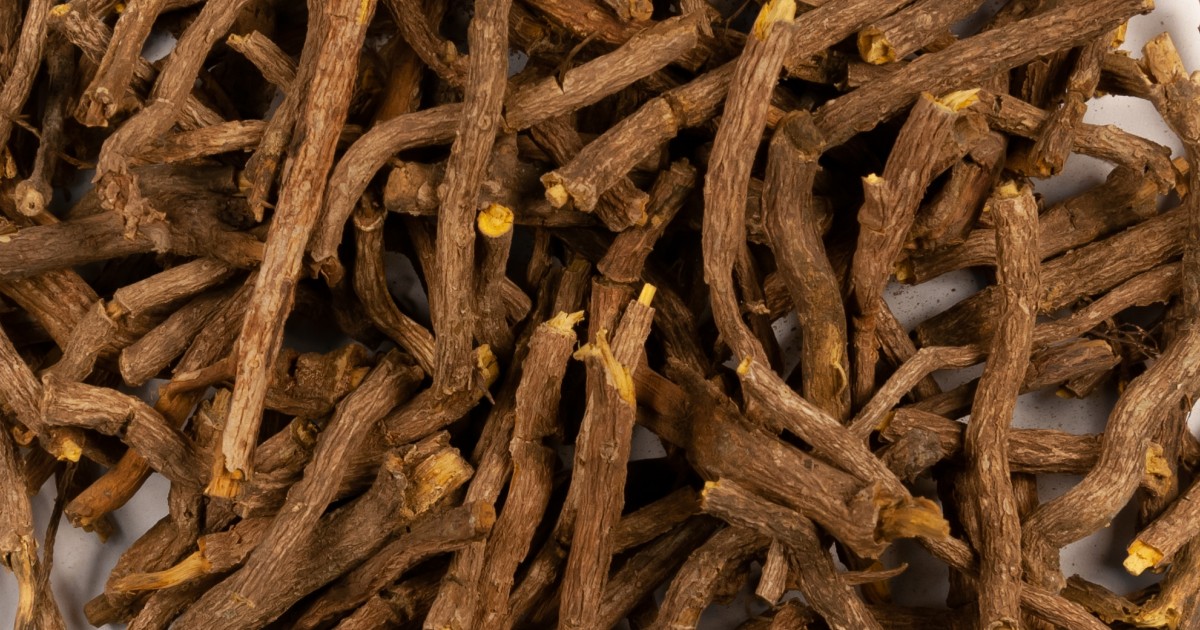 and from this piece:

While multiple secondary metabolites with antimicrobial activity have been identified, an alkaloid called cryptolepine has been the most well-studied to date. Cryptolepine’s antimicrobial activity is thought to be secondary to multiple mechanisms of action including both bactericidal and bacteriostatic effects (54). More specifically, cryptolepine has been shown to cause morphologic changes and cellular breakdown (60, 68), as well as DNA intercalating and topoisomerase II inhibiting effects (69–73).

It should be noted that, in addition to cryptolepine, other constituents in Cryptolepis sanguinolenta have also been shown to have antimicrobial activity (56). A concept in botanical medicine postulates that using a whole plant extract offers several potential advantages over the use of a single constituent, including multiple mechanisms of action, synergism and, in some cases, improved bioavailability as well as less side effects. An example of the clinical benefit in using whole plant extracts over single constituents or analogues may be emerging from the current use of artemisinin-based combination therapy (ACT) for malaria where significant resistance has emerged (74, 75) whereas preliminary studies show improved efficacy and reduce side-effects compared to whole plant treatment (76, 77).

Cryptolepis sanguinolenta is generally well tolerated and few side effects have been documented in humans even with its relatively long-term use in parts of China and India. Rat studies indicate that doses of the extract up to 500 mg/kg are relatively safe (78). However, higher doses induced CNS toxicity, thrombocytosis and inflammation in target organs. LD50 was estimated at greater than 3000 mg/kg (79). Cryptolepis sanguinolenta was shown in a rat model to lower testosterone levels and reduce sperm counts (80). However, this study was done with a preparation from the leaf of the plant and in Western botanical medicine the root is generally used. Additional studies would be needed to clarify if Cryptolepis sanguinolenta has anti-androgenic or anti-spermatogenic effects in humans. 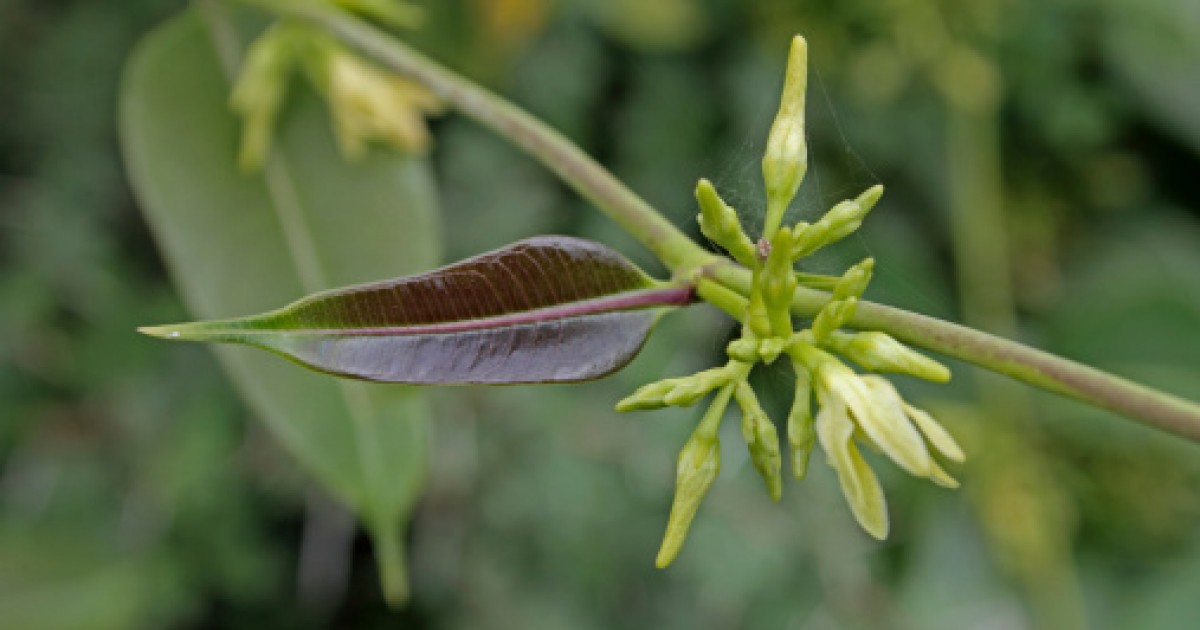 “Cryptolepis sanguinolenta (Lindl.) Schltr (Periplocaceae), has a longstanding traditional use in the treatment of malaria in the West African region. Recent evidence suggests that the aqueous extract from the roots and the major alkaloid from the plant, cryptolepine, have prospects as cancer chemotherapeutic agents on account of their potent cytotoxicity to mammalian cells. Several mechanisms have been proposed to explain the cytotoxic activities of the agents. However, emerging evidence from their anti-inflammatory actions suggest that the mechanism of the cytotoxicity may be closely related to its anti-inflammatory activity. This review looks at the mechanisms of cryptolepis-induced cytotoxicity, its link with inflammation and its potential as anticancer agent. The elucidation of these interwoven mechanisms may be useful in the development of cryptolepine or other analogues as new anticancer agents.”

[with added paragraph breaks] from:

Cryptolepis sanguinolenta Cryptolepis sanguinolenta ( Li nd l.) Schltr. (Periplocaceae) is a climbing shrub with blood-red colored juice in the cut stem (Paulo and Houghton 2003). The leaves are glabrous, oblong-elliptic or ovalate, shortly acuminate apex, rounded, sometimes acutely cuneate base. The flowers are greenish-yellow, the fruit is a follicle, linear 17–31 cm long, and the seeds are 10–12 mm long with a tuft of silky hairs at the end. The plant grows in the rainforest and deciduous forest belt (Iwu 1993) and is found in secondary forest from Nigeria, Ghana to Senegal (Dokosi 1998). In local traditional medicine, the macerated roots are used as hypotensive and antipyrectic (colic) agents and as a tonic for rheumatism and against gastrointestinal problems (Oliver-Bever 1986). In Ghana, the root-bark is used in folk medicine to increase virility (Dokosi 1998). Root decoction has been used by traditional healers for the treatment of several fevers (malaria, infections of stomach) and the leaves as an antimalarial and for the cicatrizing of wounds (Oliver-Bever 1986; Iwu 1993; Iwu et al. 1999; Neuwinger 2000).Roots contain a quinoline-derived indole alkaloid, cryptolepine, reported to have a marked hypothermic effect, as well as inducing prolonged vasodilatation, causing marked and durable hypotension.

Cryptolepine containing plants have been use by local peoples also as a natural dye. It has low toxicity and the aqueous extract of the root has antimicrobial activity against three urogenital pathogens (Neisseria gonrrhoeae, E. coli, and Candida albicans), but not against Pseudomonas aeruginosa (Oliver-Bever 1986).Cryptolepine is the major alkaloid which occurs at a yield of 0.52% w/w in the roots, 0.48% in stems, 1.03% in leaves (Iwu 1993). Cryptolepine is a rare example of a natural product whose synthesis (1906) has been reported before its isolation (23 years later) (Bierer et al. 1998a). Aqueous extracts of C. sanguinolenta are of interest today because of their antimicrobial (Paulo et al. 1994a,b; Silva et al. 1996; Sawer et al. 2005), antimycobacterial (Gibbons et al. 2003), antihyperglycemic (Bierer et al. 1998a,b; Luo et al. 1998), antimalarial (Tona et al. 1999; Paulo et al. 2000; Wright et al. 2001, 2005; Will-cox and Bodeker 2004; Ansah et al. 2005), antiamoebial (Tona et al. 1998) and anticancer potential (Ansah and Gooderham 2002), supporting the plants multiple traditional uses in traditional medicine. Of particular interest is its application as a new potential antimalarial whose mode of action is distinct from that of chlorine and artemisinin-derived drugs. Preliminary clinical trials have shown promising results as a remedy against malaria in Ghana”

We offer Cryptolepis tincture in a 1-ounce, 2-ounce and 4-ounce dropper bottle, here is a link to the page: